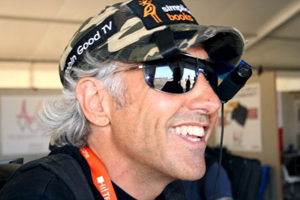 It’s a little bit of a shame that I took so long to publish this interview to Robin Good. Originally recorded on a sunny december morning in Rome, these files ended up in a back-up hard drive I lost track of, and that I finally found more recently (with a lot of other “lost files“). Nice that I finally got them back.

Robin Good is one of my favorite references when it comes to internet marketing. Despite of the Sherwood-esque nickname Robin Good decided to be public with, Robin (real name Luigi Canali De Rossi) is an italian chap living in Rome where he set up the headquarters of his organization, that keeps growing behind the efforts of the knowledge sharing website Master New Media and other independent publishing ventures such as RobinGood.tv. 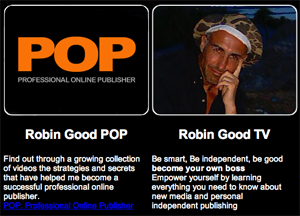 As a matter of fact, independent publishing is what made Robin…. independent, as he has been the very first pioneer in Italy (and among the firsts in the world) in setting up a business model based on Freeconomics (the free Economics recently discussed in a book also by Chris Anderson of Long Tail fame) – giving knowledge away for free, empowering web users towards the adoption of internet tools that can actually make them free to set up any publishing initiative on the web.

Robin Good’s business model is based on advertising, and Robin has been the first independent publisher in Italy to be able to get a steady stream of profits generating uniquely from advertising on his web properties.

So I put my SEMPO hat on and, on a sunny december morning in Rome, I finally met and interviewed Robin Good! please note that, even if the recordings are 2 years old, the topics discussed from both Robin and myself (below) are still hot and valid today – maybe because we both are internet visionaries? =)

Independent publishing has been of course the topic of the first part of the interview, a good way for Robin Good to introduce himself and the topic. Watch the video!

Third and final part of the interview to Robin Good went back to independent publishing and, more in detail, on the vast availability of internet tools that can allow any user to set up any publishing venture on the web for free.

Watch out, free from buying big platform, but still costly in terms development and maintenance. Setting up an online publishing venture is not a game and requires vision, skills and plenty of time material. And yes, some money too – because Freeconomy is good, but then you will find out that to make a great job you still need the premium version of most of the free tools… anyway, Robin’s vision at this regard is pretty clear, and I personally support it. Watch the third and final part of the video interview on internet tools.

Just to make this post complete, I need to post also the videos that Robin Good shot while interviewing me! That’s right, as a Master publisher and video evangelist, he didn’t waste the opportunity to interview me for RobinGood.tv about SEMPO, search and social media marketing.

My videos distributed by Robin Good have been around online for a long time. I can recap them all here in this post for your convenience, and to recreate that cool mood of a sunny december morning in Rome with Robin talking about giving out and sharing on the web.
The first set of videos is an interview in 5 parts titled “SEO and Social Media: Q&A with Massimo Burgio”

Robin Good also edited other two fragments of the interview, one still on SEO topics “SEO: The importance of good content“, the other one “What is SEMPO?” to introduce the Search Engine Marketing Professional Organization I proudly represent. Enjoy the videos. Thanks Robin!

Search versus Discoverability: What is your Search Strategy?

As I often say, it is good to serve at the SEMPO’s Board of Directors, as I can have very good exchanges with some of the smartest minds in the search and online marketing industry. A couple of months ago (maybe a little more) fellow SEMPO Board Director Duane Forrester asked a question: Search or Discoverability? What’s your search strategy?

I believe Duane is in the process of writing a(nother) online marketing book, and the search versus discoverability topic surely seemed to be of some interest to him.

A good conversation raised around the topic, in a closed circle of emails with inputs from the likes of Dana Todd, Sara Holoubek, Jessica Bowman and Chris Boggs among the others, so I dropped my 2 percent to the conversation.

Today I found that old thread and decided to copy and paste my input on the matter, so to share it with you all – I would like to get your comments and your opinion on the search versus discoverability discussion, use the comment box below and feel free to tweet about this article.

Here we go – enjoy the reading!

Rock on – I like the question. In my opinion it is all a matter of positioning and target audience. Some “things” (businesses, events, organizations, brands, products) are not meant for a broad publicity, and do not need to be visible to everybody, but are meant to be discovered – by the right audience.

Basically, there is a whole word out there who doesn’t need to be slapped into everybody’s face – in advertising terms, they will never buy Superbowl airtime nor outdoor advertising.

These brand, products, organizations, etc. need to be discovered – not to be visible to everybody. In marketing-advertising terms, this can be achieved thanks to the recommendations and trust circles generated by the 2.0-social world (discovery by trusted input) or (and) thanks to search marketing, of course! =)

Search marketing (SEO and SEM) can definitely fit both needs, allowing to achieve either the largest possible audience (full-on visibility) or a very niche-specific, long tail target (can I call “meet the demand” a “piloted discovery“?). END_OF_DOCUMENT_TOKEN_TO_BE_REPLACED 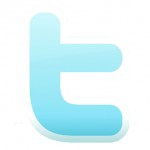 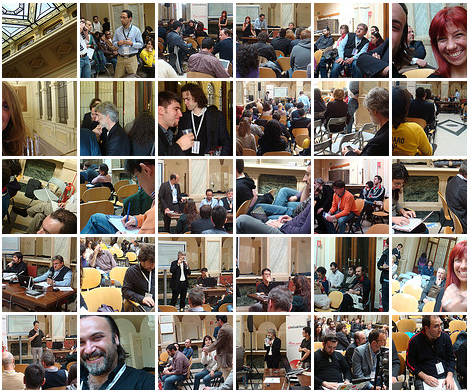 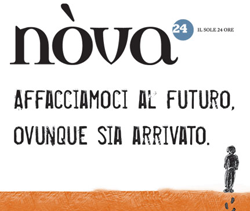