Social Fundraising: How to Fund Culture and the Arts with Social Media

It’s been a while since the last post for the GSI blog, but over the last couple of months I had a crazy schedule of business and international conferences that brought me all the way to a conference in Iran, to teach classes in a couple of European universities, and to travel further more both for business and – sure – also pleasure!

More conferences and master classes lie ahead in my calendar – from speaking at Search Congress Barcelona, Search Engine Strategies London and at the Reykjavik Internet Marketing Conference, to teaching more classes at the Master for Community Managers organized by M4F in Bilbao. At my next speaking/teaching commitments I will be talking about some of the topics I already explored a lot over the last year or two: social media strategies, social media optimization, video optimization, and social media policies – all of them will be of course updated to the latest news and insights, both from the industry and from the projects’ experience.

This article for the GSI blog hits a totally new social media topic: social fundraising – a topic I’m proud of, since I can add two case histories related to one of the most inspiring communities I ever been part of: Burning Man. 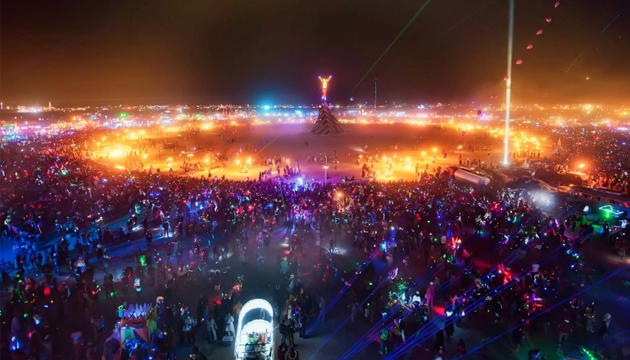 The four presentations embedded in this post have been put together for a master class at the “Master in Law and Economy for Culture and the Arts” (Master in Diritto ed Economia per la Cultura e l’Arte, in Italian – DECA). The master is run in Nuoro (Sardinia, Italy) by a join venture of Sardinian Universities, who invited me to teach a couple of classes about social fundraising for culture and the arts. I kicked the class off with a introduction about the Burning Man festival (desert of Nevada, USA), and the principles that inspire the festival, its values and community – a no commercial initiative with a focus on art, community, and gift economy.

With the first set of slides, after the Burning Man introduction, I started analyzing the concept of gift economy from the historical, sociological, anthropological and economical points of view. The presentation introduces several sources for the gift economy, from the potlatch of Native American tribes to the theories of social change of Marcel Mauss (from his famous book The Gift, 1923), to the more recent applications of gift economy that are everywhere in our society (volunteers marketplaces, time banks, open source and peer-to-peer technologies), in hybrid forms in business models based on the freemium concept, or in the Creative Commons and Open Content standards for copyright and digital rights.

The second presentation is a classic presentation on social media marketing, strategies and planning – a few concepts I already shared a few times in several languages across the world. The third part of the master class is where I actually touch base on a few concepts related to raising funds for cultural or charity initiatives by leveraging the power of social media, as well as a few online fundraising tools and applications available online for the now called “crowdfunding campaigns“.

Note: there’s no such thing as “leveraging the power of social media“. For a crowdfunding campaign to be successful, as well as for anything else crowd-ish, what it’s really needed is… doh, a crowd. A community, or a potential pool of supporters for the cause, a critical mass of followers turned supporters (or backers, as KickStarter defines donors), who will operate as a real grassroots booster for the campaign. Of course the turbo support of social media networks and tools helps a lot, but social media is more the infrastructure for fund raising than its solution.

Power, as always, is on people’s side – but fundraisers can now get very creative with the fundraising infrastructure, provided that they are able to plan an effective engagement with their target audience. As usual, as for everything social media marketing, the key points are: goal setting, scrupulous planning, creative roll-out, effective engagement, and full integration with offline messaging and initiatives.

The fourth set of slides is the one that gets me very emotional, as it features a couple of examples of social fundraising campaigns that are very important to me – the first one from last summer, when I joined the incredible International Arts Megacrew (IAM) to build the Temple of Transition at Burning Man 2011. The case history shows step by step how a team of inspired and committed people distributed across the planet managed to raise around 140,000$ to build one of the most breathtaking art installation in the 25 years of history of Burning Man, just to gift it as a sacred space to the community for a week, and then burn it in a transformational and strongly emotional rite of passage at the end of the event.

The last case history, also included in the forth set of slides from SlideShare, shows how some of the concepts and values inspired by the same Burning Man community (gift economy) are at the foundation of one initiative I launched with the support of my friends and business partners at Xister. We are currently working on the development of a tablet application packed with kids games for toddlers, that will be sold to raise funds for a dozen of European NGOs with active projects for children’s education in Africa.

The iPad4Africa project is a gift economy project and not a no-profit initiative – the difference lies in the fact that besides of giving to the charities network ALL the proceeds from the sale of the iPad app, we won’t get money back, not even to refund our investment for the app development. That investment is our donation, our gift to Africa, with the hope that it will help raise enough money to support the education of thousands of children. More info in the presentation and of course at www.iPad4Africa.org.

[Update 2015: it’s difficult to find a true commitment to a gift economy project, so the project ended up in a stall situation – but the idea is not dead. If you are a graphic/animation designer, game designer, application developer, specially for mobile and tablet apps and game apps, as well as you are involved in children’s education and sensible to African needs, please get in touch! We’ll tell you where we are with the project development, so you can tell us how you want to help on the charity / gift economy project. Thank you in advance for you help.]
Last but not least, it’s an obligation but also a pleasure to credit my fellow burners and amazing photographers Trey Ratcliff, Neil Girling and Scott London for the breathtaking images of the Temple reproduced here and on the SlideShare presentations. Big credits and kudos also go to all the smart, creative and brave desert brothers and sisters of IAM, the International Arts Megacrew I am proud to have joined to build the Temple of Transition at Burning Man 2011, and to the Xister team for committing with me on a important cause for Africa. 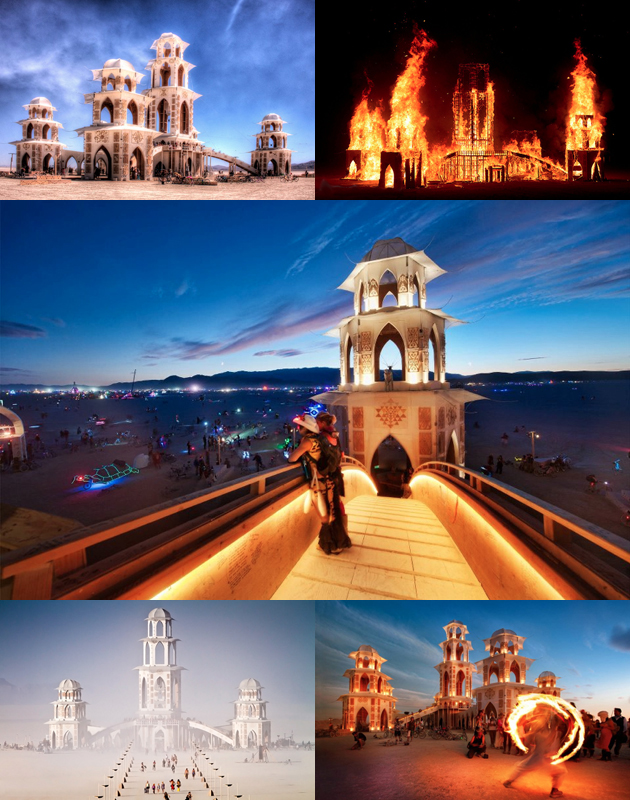 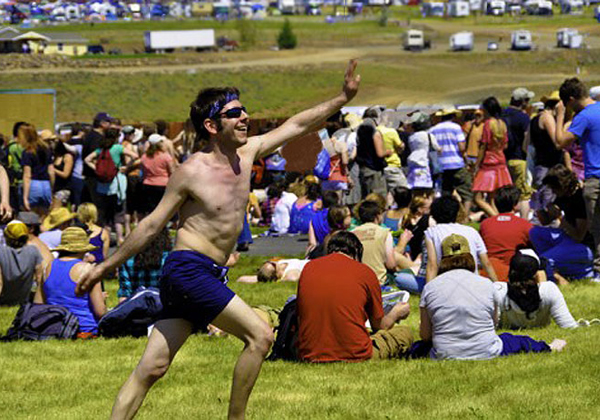 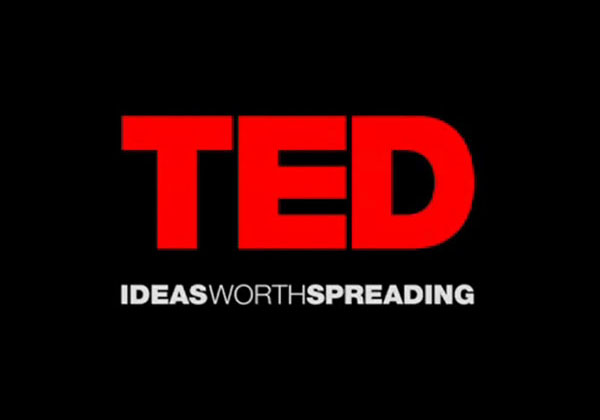 Is it Weird, Different or Inspiring? A few Lessons from TED Talks